Back to all posts

My Year in a Nutshell

Hi.  It’s been a while!  Yeeaahh, sorry.  I wish I could say I’ve been busy, but really I’ve just been.. neglectful.  I have been a little busy, but I apologize for keeping my beloved readers (all 4 of you.. Hi, Mom!) in the dark.  Many things have happened since my last post, and each of these things really deserves its own post, but I’ll try to bring everyone up to speed at ONCE with a MEGA-CATCH-UP POST!. <thunder crash>

1 – God Needs a Keyboard Player –  Earlier this year, I believe towards the end of January, while I was in Beijing, performing at Xian Bar, I got a phone call from one of my buddies in Shanghai.  My good friend, and musical confidante, Earl “The Pearl” Phenix had passed away.  I took time off from my performances in Beijing and headed down to Shanghai to be with friends and help out with funeral arrangements and whatnot.

Earl was like a brother to me, and his passing was and still is pretty tough.   As some of you may know, Earl was with me the first time I traveled to Shanghai, along with bassist Steve Belleville, and Tony Hall.  We had a life changing experience, collectively.  I will never forget him and the things he taught me.  He was a true blues man.. he didn’t just love it, he lived it!.. and he will be missed.  Carlton J. Smith said it well.. “Earl Passed?!  God must have needed a keyboard player!”  Right now he’s up there popping piano strings with the best of ’em!

2 – A visit to Hong Kong –   That April, as my contract came to a close, I was feeling run down and needed a breath of fresh air (figuratively and literally!).  I decided to go check out Hong Kong.  I had heard great things about the city, and my girlfriend had just moved there so I decided to check it out.

I have to say, Hong Kong is beautiful!  I felt like I was in both a tropical resort and downtown Manhattan at the same time.  The city is alive, and has an intense feeling of hustle around the clock.  I went to popular local music venue Peel Fresco, hiked Victoria Peak, and spent time on the beach.  So far, this is one of my favorite places in Asia.  I’ve heard mixed things about the music scene there.. mostly that it is small and there might not be enough work to sustain a working musician.  That said, I’ve also heard that there aren’t many people playing with the particular flavor of rock and blues that I do, and they think I would be well received.  I’ll visit it again before making any firm decisions, but I am thinking about moving there!  The city was under British control for years, so English is spoken everywhere.

Tamara and I at Victoria Peak, Hong Kong

3 – Travels with the Velveteen Playboys – I returned to the states and hit the ground running.  I had a few days to shake off the jet lag and went right on the road with the Velveteen Playboys.  The band had formed a partnership with the American Track League, and we were hired to perform at their track and field events around the country!   On the one hand, I often find it strange to stand there in a suit and rock in the middle of a field during the middle of the day when people are there to see something else, but I enjoyed myself nonetheless.  It was humbling and inspiring to be around some of the world’s most talented athletes!  It was also refreshing and inspiring to play with these great musicians again!  To sum it up, imagine the world’s fastest man running past the front of the stage in between songs.. it was like that.. slightly bizarre, yet awesome at the same time.

The band performing on the campus of Indiana University. From left to right, that’s Duke Jones on trumpet, Anthony Steele on Drums, Bob Gay on sax, Jonathon Wood on bass, Paul Souza on vocals, and yours truly on guitar.

4 – Annual Fishing Trip – This year, it was just my Dad and I on our annual fishing trip.  Seeing as how it was just the two of us, we decided to keep it simple.  We rented a small cabin on Lake Pymatuning, and spent a week fishing for Walleye.

My Dad and I braving the elements on Lake Pymatuning, June 2014.

The weather was absolutely lousy.  That lake is special in that, it’s far enough north so it’s close to the great Lake Eerie, and it gets strange “lake effect” weather patterns.  One day we were baking in the sun in nothing but shorts, and the next day we were freezing and wearing layers in the rain!  We didn’t catch many fish, but hey, at the end of the day, fishing is about spending time on the lake, even if it almost kills you. 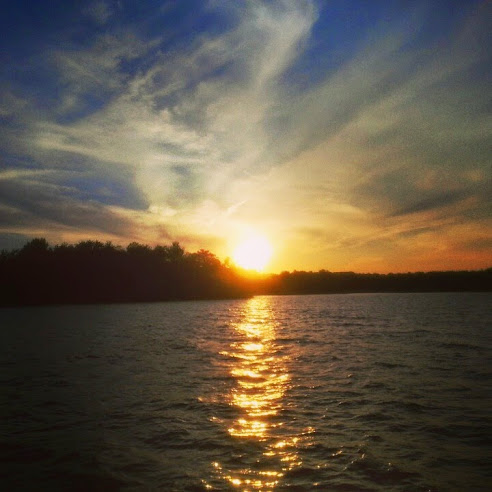 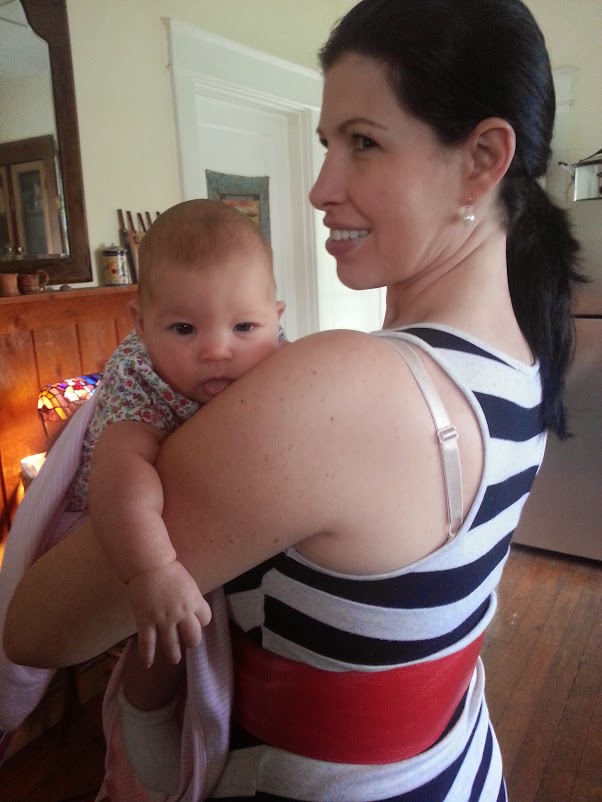 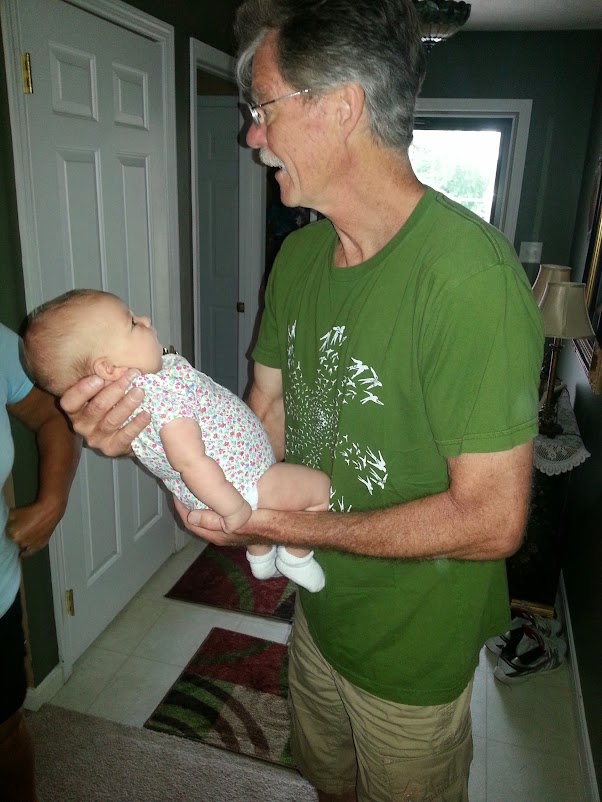 Earl’s father meets his grandchild for the first time

6 – BB King’s in NYC – One of the highlights of my summer was getting the opportunity to play at BB King’s with Carlton J. Smith.  The stars aligned, and it worked out that the backing band was the exact same lineup from our contract in Shanghai!  It was a reunion of sorts.. Luke Kessell on bass, Lawrence Perry on Drums, Eric Smith on the keys, and yours truly on guitar. 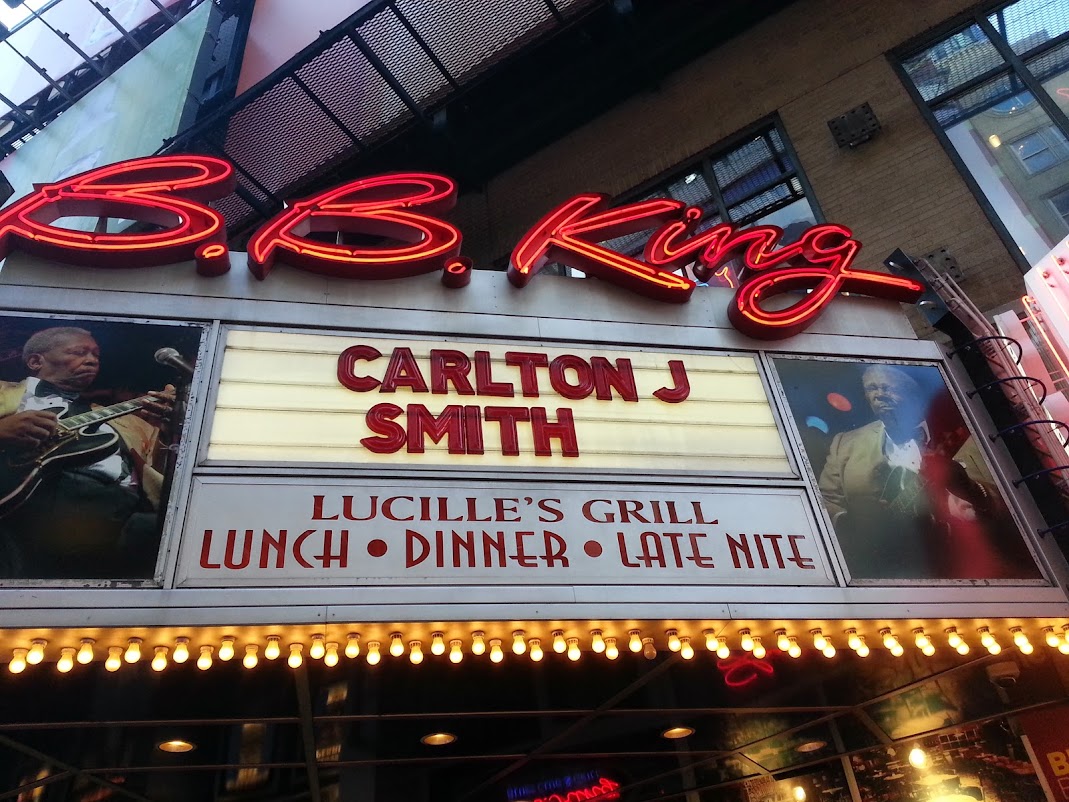 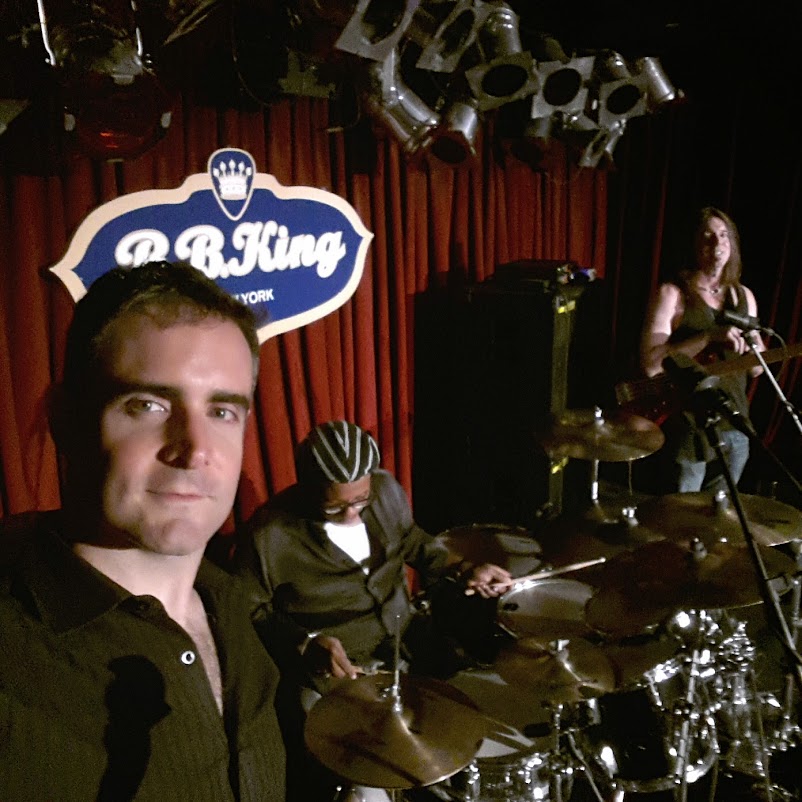 Carlton J. Smith and his many wardrobe changes at BB King’s

The band got a great review on Soul Patrol!  In it, Bob Davis calls me “The groovemaker” and then proceeds to compare my guitar sound to that of James Brown’s guitarist, Jimmie “Scratch” Nolan.  Mission accomplished.

7 – Italy, France, and Monaco – After all of the hustle and bustle of New York, I hopped on a plane to attend a wedding with Tamara and do some traveling around Europe.  It started with a wedding in Tuscany, then we went to the south of France for some time on the beach, and eventually we ended up in Monaco where she grew up.  I have a million photos, but I’ll just post one of each country to give you an idea of just how absolutely stunningly beautiful it is over there.

The view in Tuscany

8 – Performing with Band House in Ohio – Next, it was time to get down and dirty with the boys in Band House.  For those of you who don’t know them, Band House is a cover band performing all over Tuscarawas County in Ohio.  My cousin Lonnie Parrish is the bassist.  We play classic rock and blues at biker bars, pubs and on festival stages.

Ripping it up with Band House at Hog Heaven in Dover, Ohio. L to R: Matt Watson, Waylon Wagner, me, Lonnie Parrish

I’m always grateful to get the chance to play with them.  They are all about having fun and it can be such a refreshing experience to play with musicians who aren’t giving themselves frown lines from taking their craft too seriously.

9 – The Reverend Mike Null – A few years ago, for fun, I went online to the website for the Universal Life Church Monestary and signed up to become an ordained minister.. just to see if it was true that one could get ordained online.  Well, it IS true, and it worked.  I received a certificate in the mail!  Shortly after I posted about it on my blog, the drummer of Band House asked me if I would marry he and his future wife.  (See, I have at least TWO readers.. MOM and now Ryan.)  Honored, I accepted and began my preparation.  On Saturday, September 6th, I performed my first marriage!  Congratulations to Megan and Ryan Lusic!  I might have to change my website domain to TheReverendMikeNull.com.

If you are interested in performing marriages, know that in addition to the ordination, you have to get licensed by the state.  Don’t let that deter you, though.. all I had to do was fill out a form and mail it in along with some supporting documents and a small fee.

10 – From Reverend to Groomsman – September was wedding month for me!  After marrying Megan and Ryan, I flew to Galveston, Texas, to participate in the wedding of my good friend Torrey Rigan.  Torrey and I go way back.  I met Torrey during my days with the Golden Gate Boys’ Choir in San Francisco.  This was in .. 1990?  1991? We sat next to each other during rehearsals and became fast friends, and have stayed friends ever since.  Life has since taken us in different directions, but our friendship has endured the time and distance.  Congratulations to him and his family!

The Bridal Party of Torrey and Jennie’s wedding

I was chatting with my guitar student, Roger.. and when I mentioned to him that I was going to my 3rd wedding that year, he said “Consider it good practice for your own one day!”.  That.. makes me feel strange for some reason..

11 – The Brahms Requiem – From the beachy humidity of Galveston, Texas, back to Ohio..  Happy that “wedding season” was over, I then applied all of my energy and focus to working on Brahm’s masterpiece.  I joined the tenor section of the Summit Choral Society for their performance of the great work, Ein Deutsches Requiem (in German).

We performed at EJ Thomas Hall in Akron, Ohio, along side the Akron Symphony Orchestra.  Unfortunately, there was no video recording made of that performance.. however, I do believe it is soon to be available on CD.  If you’re interested in acquiring your own copy, let me know.. or stay tuned to my discography page, where it will appear once the CD is released.  In the meantime, I recommend watching this version if you are just hungry for some Brahms:

12 – WHAT’S NEXT? – It’s almost time for me to head back to China again.  At the end of this month, I’ll be flying back to Beijing to perform once more at Xian Bar!  This time, I’m able to bring a new lineup of the Soulcasters!  Stay tuned for more information about the upcoming contract.  We leave a few days before Thanksgiving!

IN CONCLUSION.. It’s been a hell of a year!  Wow, if you have read down this far.. I am officially now a fan of YOU!  Thanks for your time and interest, and I promise to create posts in a more timely and consistent fashion moving forward. Leave a comment if ya like!